Jason Adam Buckweitz joined CITI in August 2010.  At CITI he handles the day to day operations, while coordinating research and projects with CITI's Director Eli Noam.  He has contributed to five books, dozens of research papers, and regularly gives presentations and speaks to the press.

Buckweitz graduated from Rutgers University in 2007 with a Bachelor of Art degree in Political Science.  He received his Juris Doctor from New York Law School in 2010.  He is presently admitted to practice law in New York.

Corey is the Assistant Director for the Columbia Institute for Tele-Information at the Columbia Business School. A strong editor with a background in media content, theory, and policy, Corey is responsible for CITI's corporate affiliations, research materials, and the marketing of the institute's recent work. In collaboration with CITI's directors, he coordinates the organization of events and overall administration of the institute. Corey received a BA from Vassar College.

Bob Atkinson joined CITI in 2000 for the purpose of expanding CITI into a Sloan center for telecommunications research. At CITI, he has written on a number of regulatory issues (for example, Network Neutrality: History Will Repeat Itself, Telecom Regulation for the 21st Century: Avoiding Gridlock, Adapting to Change and Net Neutrality: An Overview) and speaks regularly at conferences on regulatory policy, telecom business trends and the interaction between policy and business.

For 18 months prior to joining CITI, Atkinson was the Deputy Chief of the FCC's Common Carrier Bureau. (FCC announcement) With the Chief of the Common Carrier Bureau and two other Deputy Chiefs, he was responsible for developing, implementing and enforcing FCC policies and regulations governing interstate telecommunication services. Mr. Atkinson negotiated the conditions associated with the FCC's approval of the SBC-Ameritech merger and was responsible for the substance of many major FCC decisions, including: UNE Remand; Line Sharing; Bell Atlantic-GTE and Qwest-US West mergers; Broadband Deployment (Sec.706) Report; and, Local Competition & Broadband Deployment data gathering.

From 2001-2006, Atkinson served as the Chairman of the North American Numbering Council (NANC), which advises the FCC on matters affecting the availability and utilization of telephone number resources in the U.S. (NANC goals interview, part 1; part 2)

In March 2009, Atkinson moderated a series of public meetings in Washington, DC on behalf of the National Telecommunications and Information Administration (NTIA) and the Department of Agriculture’s Rural Utilities Service (RUS) concerning the $7.2 billion "broadband stimulus program". More recently, he supervised the preparation of a report for the FCC’s Broadband Task Force on “Broadband in America” which was presented at the FCC on December 10.

Beginning in 1985, Atkinson was responsible for the regulatory, public policy and external affairs activities of Teleport Communications Group (TCG), the nation's first Competitive Access Provider (CAP) and Competitive Local Exchange Carrier (CLEC). In 1994 he became Senior Vice President for Legal, Regulatory & External Affairs when his role was expanded to include responsibility for TCG's Legal Department. When AT&T acquired TCG in July 1998 and TCG became AT&T Local Services, Mr. Atkinson was Vice President and Chief Regulatory Officer of AT&T Local Services until he joined the FCC.

Throughout his career, Atkinson played a leading role in most of the key regulatory and public policy decisions that introduced competition to the local telephone markets and shaped the Competitive Local Exchange Carrier (CLEC) industry. For example, the TCG White Papers helped shape key state and federal local competition policies. Since joining CITI, he participated regularly in public policy hearings, conferences and seminars and has been quoted regularly in the press on telecommunications policy issues (for example, PBS and The Chicago Tribune).

In the regulatory and public policy area, Atkinson served in Washington, DC as a Government Relations Representative for ITT's Communication Operations Group and as Counsel for Government and International Matters at Satellite Business Systems (SBS). He was a founder of the Ad Hoc Committee for Competitive Telecommunications (ACCT, a forerunner of CompTel), which was formed by competitive long distance companies in the mid-70's to promote pro-competition legislation and regulations. After joining TCG, Atkinson co-founded and was the first President of the Association for Local Telecommunication Services (ALTS), the competitive local telecommunications industry's trade association.

Atkinson graduated from University of Virginia in 1972 with a Bachelor of Art degree in Government and Foreign Affairs. He later received a law degree from Georgetown University Law Center (evening program) in 1979. While at Georgetown, Atkinson was a member of the Georgetown Law Journal. He is presently admitted to the bar in New Jersey. 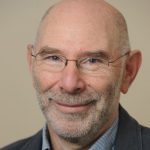 Ben Compaine is a Senior Fellow at CITI and the Director of the CITI Fellows Program.

He was executive director of the Program on Information Resources Policy at Harvard University before founding Nova Systems Inc., a software firm in 1986. He sold that in 1994 and accepted an appointment as the Bell Atlantic (now Verizon) Professor of Telecommunications at Temple University. Subsequently he was a visiting professor at Penn State and Fordham University, as well as a turn as Research Consultant for the Program on Internet and Telecoms Convergence at MIT. He currently teaches at Northeastern University.

Ben is the author or editor of 10 books, including Who Owns the Media? His articles have appeared in trade, popular, and scholarly journals, including Telecommunications Policy, Science Digest, Foreign Policy, Reason, Daedalus, The Wall Street Journal and the Journal of Communication. His research and teaching interests include entrepreneurship, Internet and telecommunications policy, mass media economics, and the social and cultural implications of changing information technologies. A graduate of Dickinson College (as a political science major), Ben earned an MBA from Harvard University and Ph.D. from Temple University. His consulting and speaking engagements have taken him to Europe, South America, Asia, and Australia as well as throughout the United States and Canada. 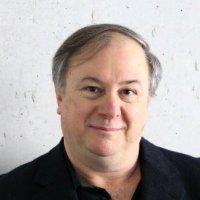 William J. Drake joined CITI as Director of International Studies in January 2022. In addition, he teaches adjunct at Columbia Business School and the Center for Executive Education in Technology Policy, Carnegie Mellon University; and is an International Fellow in the Media Change & Innovation Division of the Department of Communication and Media Research at the University of Zurich, where he also served as a Lecturer from 2010 − 2020. Other previous work experience has included: Senior Associate at the Centre for International Governance at the Graduate Institute for International and Development Studies; President of Computer Professionals for Social Responsibility; Senior Associate and Director of the Project on the Information Revolution and World Politics at the Carnegie Endowment for International Peace; founding Associate Director of the Communication, Culture and Technology Program, Georgetown University; Assistant Professor of Communication at the University of California, San Diego; and adjunct professor at the School of Advanced International Studies and the Georgetown School of Business.

Drake’s activities in the academic and practitioner environments have included: advisor to the World Economic Forum’s System Initiative on Shaping the Future of Digital Economy and Society; core faculty member of the European and South schools on Internet governance; Affiliated Researcher at the Institute for Tele-Information, Columbia University; co-editor of the MIT Press book series, The Information Revolution and Global Politics; three terms as Chair of the NonCommercial Users Constituency, seven terms on the Board of Directors of the European At Large Organization, two terms on the Nominating Committee, and two terms on the Council of the Generic Names Supporting Organization, all in the Internet Corporation for Assigned Names and Numbers (ICANN); member of the Multistakeholder Advisory Group of the UN’s Internet Governance Forum; expert advisor to the high-level Panel on Global Internet Cooperation and Governance Mechanisms; member of the UN’s Working Group on Internet Governance; member of the inaugural Coordination Committee of the NETmundial Initiative; member of the Coordination Committee of the 1Net initiative; member of the Group of High-Level Advisors of UN Global Alliance for ICT and Development; and Vice Chair and founding Steering Committee member of the Global Internet Governance Academic Network.

Drake received his PhD in Political Science from Columbia University.

His publications are available at http://www.williamdrake.org

From October 2022, he is the organizer and moderator of the webinar series, CITI Seminars on Global Digital Governance https://business.columbia.edu/citi/events/citi-seminars-global-digital-governance 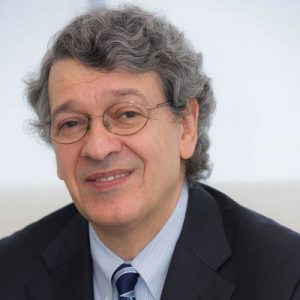 Dr. Raul Katz joined CITI in April, 2007 as the Director of Business Strategy Research, leading two research programs: “Measurement and impact of the digital economy” and “Digitization as a mitigant of the effects of pandemics”.