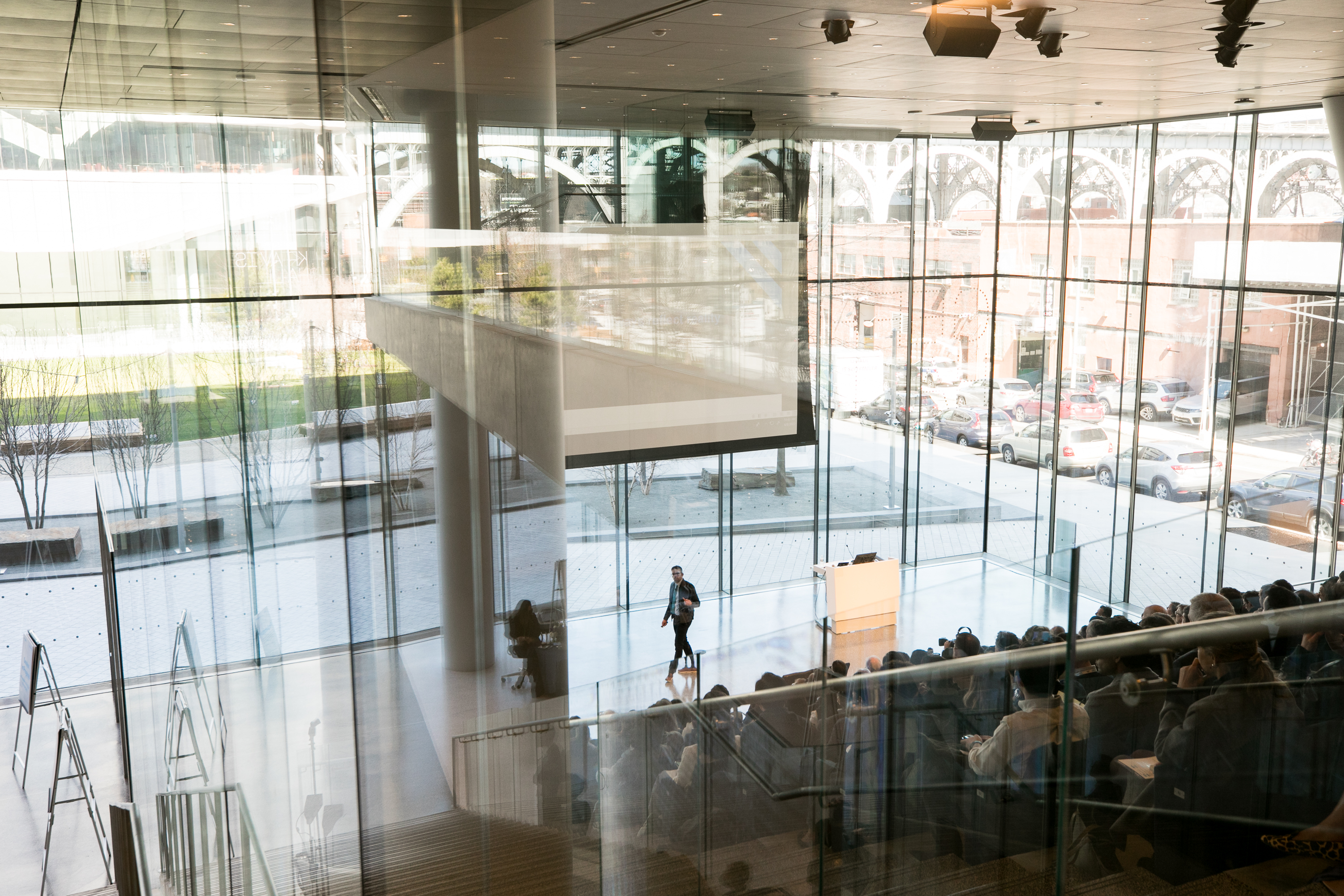 Academic and Executive Advisory Board Members

Guided by a dedicated faculty core the Program for Financial Studies also benefits from broader faculty participation on the Academic Advisory Board and a committed Executive Advisory Board drawn from engaged leaders in the financial community. Together, these partners ensure that the program delivers seminal research, the most relevant curriculum, and engaging events.

The Program for Financial Studies Executive Advisory Board is an assembly of leaders in the financial community who come together to review the Program's activities and advise on specific initiatives, as well as contribute to research and data collection. Working closely with faculty members, the executive board helps shape the direction of the Program by providing recommendations to the director and the dean on current and potential initiatives intended to promote idea sharing in the field of financial studies, and to connect the School’s world-class faculty members with external audiences.

The aim of the executive board is to ensure that the program delivers relevant and forward-thinking content to all of the constituents it serves: students, faculty members, alumni, and industry practitioners. Executive board members are invited to join based on expertise and willingness to become actively engaged with the program.

Next: Learn About PFS Curriculum & Courses

Ciara Burnham is a seasoned investor, operator and strategist with more than twenty years of experience in building growth businesses in financial services. Ciara was formerly a partner at QED Investors, a leading venture capital firm which actively supports high growth businesses that use information to compete and win. QED invests across the US, UK and Latin America, and has backed notable next-generation companies in the financial technology sector such as Credit Karma, SoFi, Prosper, Avant, Clear Score, and Green Sky.

Prior to QED, Ciara was a Senior Managing Director with Evercore, the global investment bank, where she worked broadly across the firm’s businesses. Ciara joined Evercore shortly after its inception, and played a leadership role in the build out of the firm’s presence on a global basis. Most recently, she served as CEO of Evercore Trust, a nationally chartered trust bank with over $50 billion in assets, where she led a turnaround of the business culminating in a successful sale of the institutional assets. Previously, she was responsible for Strategy and Corporate Development, leading initiatives including launching new lines of business, executing acquisitions for the firm, raising capital, and developing the international platform. Additionally, Ciara advised large corporate clients in the investment banking advisory business and held leadership roles in the investment management segment. Earlier in her career, Ciara was an equity research analyst at Sanford Bernstein and a consultant with McKinsey & Co.

Ciara received an AB from Princeton University and an MBA from Columbia Business School. She serves as a Trustee of the non-profit Education Development Center and as a member of the advisory boards of the Program for Financial Studies and the Tamer Center for Social Enterprise at Columbia Business School. Ciara is a member of the Dean’s Advisory Council of Princeton University and the New York Women’s Forum.

Antonio Gagliardi is the Vice President of Strategy, M&A and Alliances at American Express. Mr. Gagliardi joined American Express in February 2019 to help evolve and execute the three-year strategic plan for the Global Commercial Services (GCS) business. Prior to joining American Express, Mr. Gagliardi served as co-founder and Managing Director of CompareEuropeGroup since its founding in 2015.  CompareEuropeGroup is a fast growing financial-comparison platform headquartered in the UK and active in several European markets. The company was named one of the 50 most innovative Fintech companies globally by KPMG and H2 Ventures. In this role, Mr. Gagliardi had oversight over the larger strategy, partnership, marketing, technology, as well as business operations of the firm. Prior to CompareEuropeGroup, Mr. Gagliardi spent much of his career with McKinsey & Company, first in Milan and then in London, primarily working with banking clients.

Mr. Gagliardi currently resides in London with his family and hopes to relocate to New York City. He holds a bachelor’s degree from Universita Commerciale L.Bocconi in Milan and received an MBA from Harvard Business School.

Prior to taking on his current role, Mr. Georgakopoulos was Chief of Staff and Head of Strategy for the Corporate Investment Bank. He also spent four years in London, where he was instrumental in building J.P. Morgan’s Global Corporate Bank, first as Chief Financial Officer and then as Global Head of Coverage for Multinational clients.

Mr. Georgakopoulos joined J.P. Morgan as head of Corporate Strategy in 2007 and was heavily engaged in the strategic review of the firm's businesses. He helped assess and prioritize on-going and new initiatives across the company and was responsible for evaluating global growth opportunities. Takis also addressed a wide-range of issues impacting the overall financial health of the firm, including those resulting from the financial crisis of 2008-09 and related M&A activity. He held that position from 2007 to 2010.

Before joining the firm, Mr. Georgakopoulos worked for the management consulting firm McKinsey & Company in New York, where he became a partner in 2006. In that capacity he advised several of the leading US banks and Asset Managers on strategy and was one of the leaders of McKinsey’s Asset Management and Retirement practices.

Mr. Georgakopoulos has a PhD in Mathematical Economics from the Technical University of Athens, an MA in Mathematics of Finance from Columbia University and an undergrad in Electrical Engineering and Computer Science. During his PhD he worked as a researcher for the European Commission where the economic models he built were regularly used to evaluate the economic impact of European integration as well as energy-economy-environment interactions of policy actions then under consideration.

Jay recently joined Blackrock as their head of thematics and active ETFs. Prior to Blackrock, he was a head of research at Global X after joining in 2013. Jay is a frequently cited expert in the financial media, including CNBC, Bloomberg, and The Wall Street Journal. Prior to joining Global X, Jay was a business analyst at the New York Stock Exchange (NYSE), in the ETF and Indexing Group, where he helped to launch hundreds of ETFs on the NYSE Arca trading platform. Jay holds a BA from Emory University in International Studies and an MBA from Columbia Business School. He is also a CFA charterholder.

Mr. Katzman retired from Goldman Sachs in 2015 after 17 years with the firm.  He was the Head of M&A for the West Region, based in San Francisco.  He was based in New York from 1998 until 2006, when he relocated to San Francisco, and was named partner in 2004.  He advised on numerous merger transactions across a variety of industries, including several raid defense assignments against hostile suitors and activist investors.  Mr. Katzman is a trustee of the San Francisco Ballet and the Boys & Girls Clubs of Metropolitan Phoenix, and he serves on the President's Leadership Council of Dartmouth College.

Mr. Katzman received an MBA in Finance and Accounting from Columbia Business School, where he was a Merit Fellow, and an AB in Economics from Dartmouth College.

Mr. Parameswaran is the CFO and President, North America of Eros International USA Inc., a Bollywood film management company. Previously, he was managing director of investment banking at Jefferies & Company, Inc. Prior to joining Jefferies, he was a managing director and Americas Head of Telecom in the Global Telecommunications and Media Group in the Investment Banking Division at Deutsche Bank and was with Goldman Sachs where he was a vice president and head of the integrated communications provider sector in the Investment Banking Division. Mr. Parameswaran has now been advising clients in the global telecommunications and media sector for over 18 years including mergers and acquisitions, privatizations, and public and private equity and debt financings. He has executed more than 140 transactions and has played a leading role in selected assignments for AT&T, SBC Communications, Reliance Globalcom, Clearwire, RCN, Vonage, Cbeyond, Paetec, Time Warner Telecom, NuVox, Grande, KPNQwest, US Lec, McLeod USA, Qwest, Global Crossing, NTT, Level 3, Frontier, Sabre, and others. In addition, he recently advised John Henry, Tom Werner, and Larry Lucchino in their acquisition of the Boston Red Sox. Prior to investment banking, he played a season of professional ice hockey in Europe.

Mr. Picoult teaches Risk Management, which focuses on the measurement, management, and mitigation of market, credit, and liquidity risk and the interaction of these three forms of financial risk.

Charles Rusbasan is Founding Partner and CEO of Balbec Capital LP an investment manager specializing in private credit investments with over $2.5 billion in assets under management throughout sixteen countries. Prior to founding Balbec in 2010, Mr. Rusbasan was a Senior Managing Director of Bear Stearns and CEO of the Max Recovery subsidiary which he founded at Bear in 1992 – it was the largest purchaser of insolvent consumer debt in six countries when he departed in 2009.  Mr. Rusbasan held other management positions at the Chemical Bank and KPMG in New York and Mellon Bank in Pittsburgh.

He holds a BA in Economics from the University of Pittsburgh and an MBA from Columbia University. In addition to his investment management activities, Mr. Rusbasan is involved with various charitable organizations related to land conservation and international affairs.

During a career spanning more than three decades, Dr. Stolyarenko held a number of senior executive positions with leading financial institutions in Russia and was a Partner with the Moscow office of international law firm Lawrence Graham (subsequently renamed to Wragge Lawrence Graham and Gowlings WLG). He managed and provided strategic guidance to the Russian office of an international auditing group. Dr. Stolyarenko has also held various board positions in large public companies as well as in numerous non-profit and professional organizations.

In addition to his business and professional achievements, Dr. Stolyarenko actively participates in research. During his earlier career, Dr. Stolyarenko worked as an Associate Professor at St. Petersburg Institute Of Economics and Finance and later as a Visiting Professor at the Higher School of Economics in Moscow. His academic interests are focused on banking regulation and international financial systems.

Mr. Vandever joined Barclays as Head of FIG M&A (Americas) in 2014. Prior to Barclays, he was a managing director in investment banking at Goldman Sachs & Co., where he was responsible for investment banking coverage of insurance companies and other financial institutions at Goldman Sachs. His clients included many of the largest US life insurance companies, US and Bermuda property/casualty insurance companies, and other insurance industry participants. Mr. Vandever has worked on approximately 75 announced transactions spanning advisory, public securities offerings, private equity, principal investing, structured finance, capital management, and derivative transactions. Prior to joining Goldman Sachs, he worked in various roles at Merrill Lynch, PMA Capital, and Deloitte & Touche, where he was a certified public accountant.

Mr. Vandever received an MBA from Columbia Business School and a BA from the University of Pennsylvania.

Professor of Professional Practice in the Faculty of Business, Finance Division

Harry Mamaysky is a Professor of Professional Practice at Columbia Business School, where he serves as the Director of the Program for Financial Studies.  He is also on the Steering Committee of the Columbia-IBM Center for Blockchain and Technology. Harry teaches capital markets and asset pricing to MBA, Masters and PhD students, as well as Executive Education courses on the use of text data in finance, and on corporate bonds.  He has consulted for a quantitative investment firm and for a nationally recognized statistical rating organization.